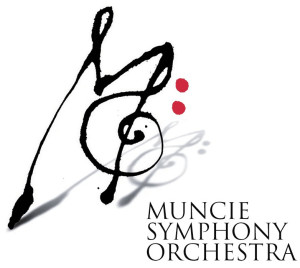 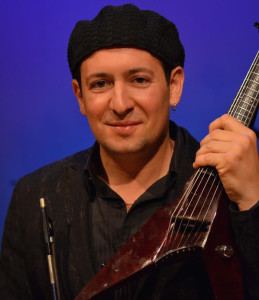 Ladies and Gentlemen,
It’s been 16 months of  hard work.
I am proud to announce the world premier of  my “Dream Diary: Concerto for Seven-String Electric Violin and Orchestra” with Muncie Symphony Orchestra on Saturday, September 19th at 4 PM!

I will give a pre-concert talk about the piece at 3:00.

Here is some more information about the piece:
DREAM DIARY: CONCERTO FOR 7-STRING ELECTRIC VIOLIN AND ORCHESTRA
Growing up as a classically trained violinist, I fell in love with rock and jazz at the age of 12, and my musical tree sprung new branches. While continuing my violin studies, I took up guitar and electric bass. In the late ’80s/early ’90s, the guitar hero reigned supreme in the rock world. Virtuosos such as Eddie Van Halen, Joe Satriani, Steve Vai, Nuno Bettencourt, and Eric Johnson were highly revered. Every band had a guitarist who could “shred” and for one of the rare times in history, instrumental rock albums were on the Billboard charts. These guitar virtuosos influenced the way I approach the violin and were one of the reasons I started playing the electric violin. Dreams  were a recurring theme in their music; Joe Satriani had a popular instrumental rock album titled “Flying in a Blue Dream, and Steve Vai’s “Passion and Warfare” was a huge influence.
In interviews, I read that Steve Vai kept a dream diary, writing down his dreams while they were still vivid when he woke up.  He allowed those dreams to influence his compositions. Through my observations as a composer and songwriter, the best and easiest creations have come to me in my sleep or during a daydream, times when I was not fully conscious, as if someone or something was channeling them through me. I started a musical “dream diary” to write down melodies and themes that spontaneously came to me.
The DREAM DIARY concerto has a great deal of surreal imagery and is very dream-like. I researched the cycles of sleep, and thought it would be interesting to write a musical composition that loosely follows these different cycles. When you first fall asleep, you experience vivid sensations known as hypnagogic hallucinations. You are straddling the line between the real world and the dream world. There are sudden jerks of wakefulness followed by sensations of falling and/or flying. Hence the first movement is titled “Falling and Flying.” This movement is truly a tribute to the rock guitar albums of my youth.
The second movement, “Delta Waves,” represents a deeper stage of sleep where you are less likely to respond to outside noises and stimuli. The third is titled “Rapid Eye Movement,” the stage where most dreams occur, and the fourth is “Waking Dream,” when you are having the most vivid dreams, the ones that stay in your memory after you wake up. Although the music is loosely programatic, I leave the interpretation of the dreams being represented to the listener.
There have been some amazing concertos written for the electric violin, but I wanted to feature different effects and sonic textures I developed over the years while performing with my band, Stratospheerius, and show the rich palette of colors this instrument is capable of. I do this by incorporating distortion pedals, way, delay, loops, synths, whammies, and covering the range of the 7-string violin, who’s lowest note is a whole tone below cello range. The soloist plays in bass, alto, and treble clef.
Let me add that the opportunity to write and perform this concerto is a dream come true for me. If you are in or near Munice, IN on September 19th,  and I hope to see you at the performance!
www.joedeninzon.com
www.stratospheerius.com
www.munciesymphony.org