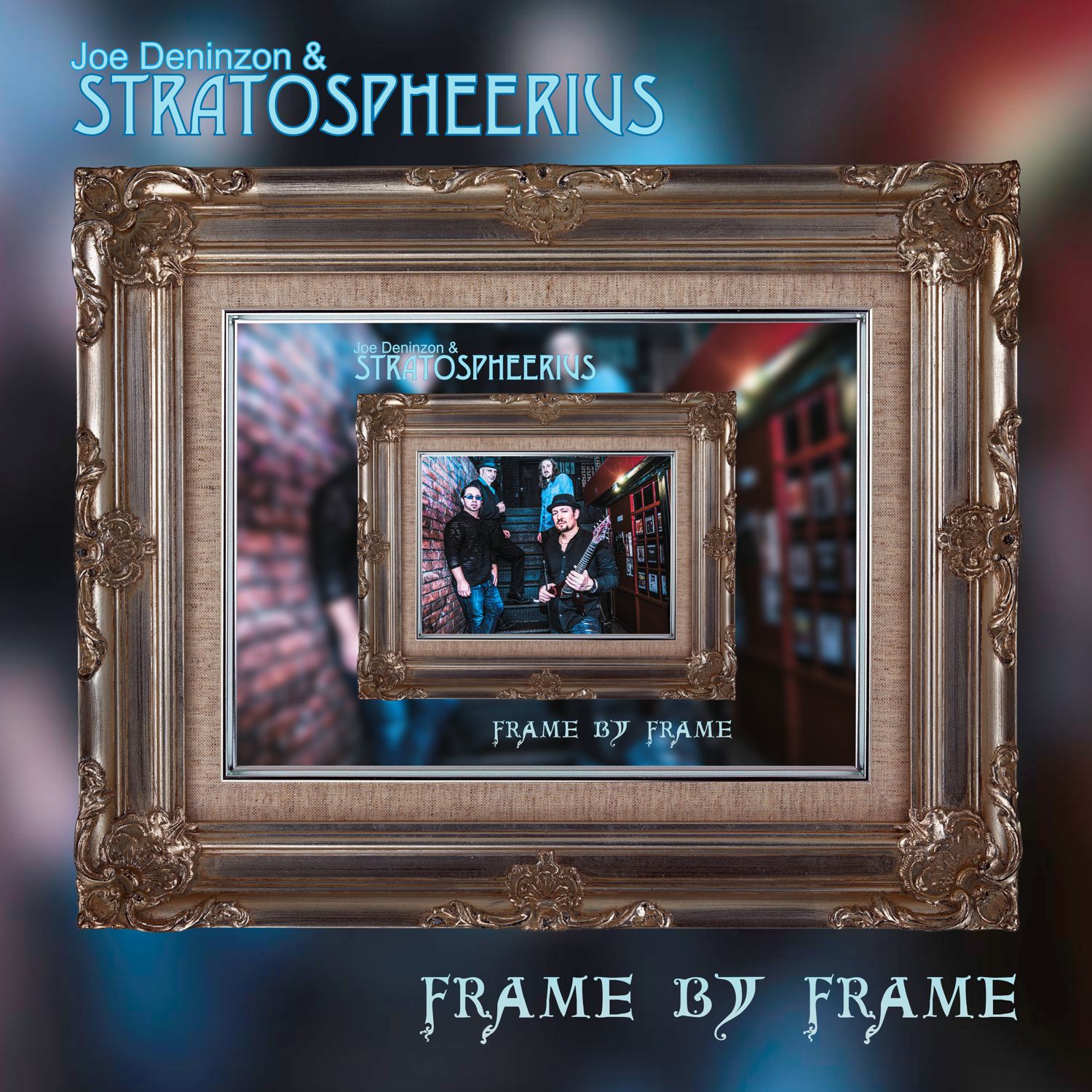 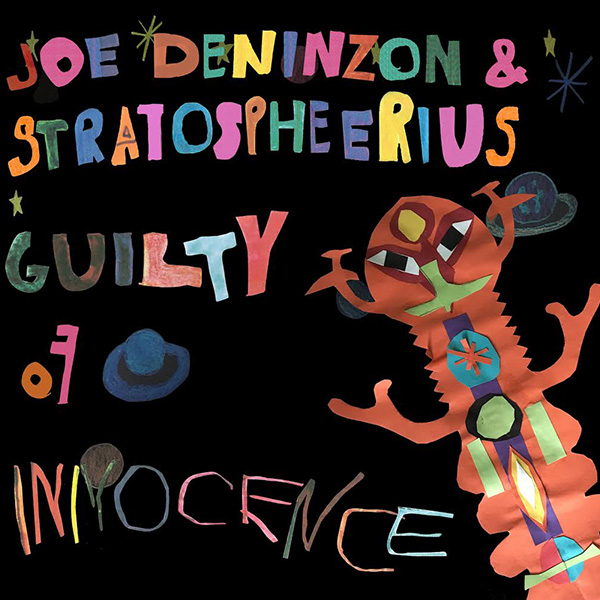 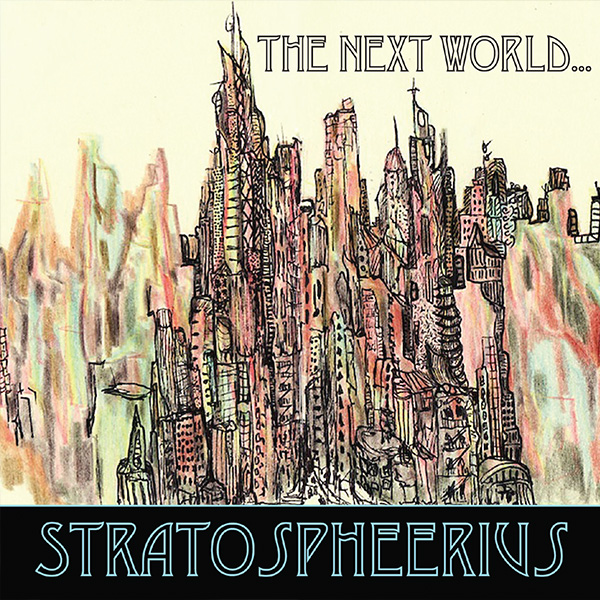 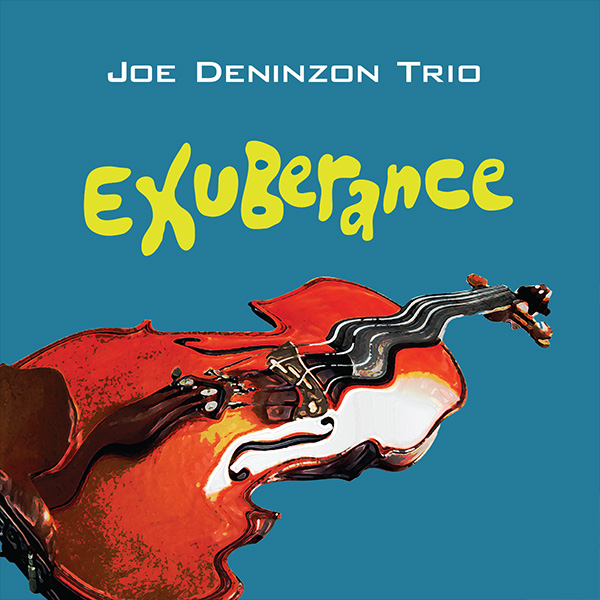 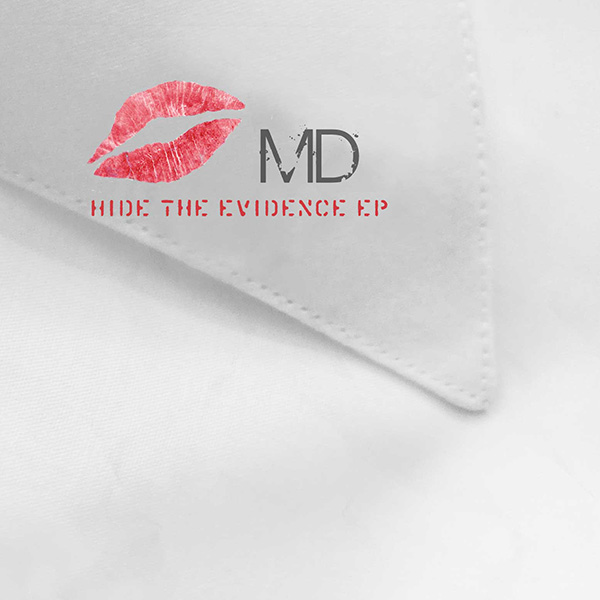 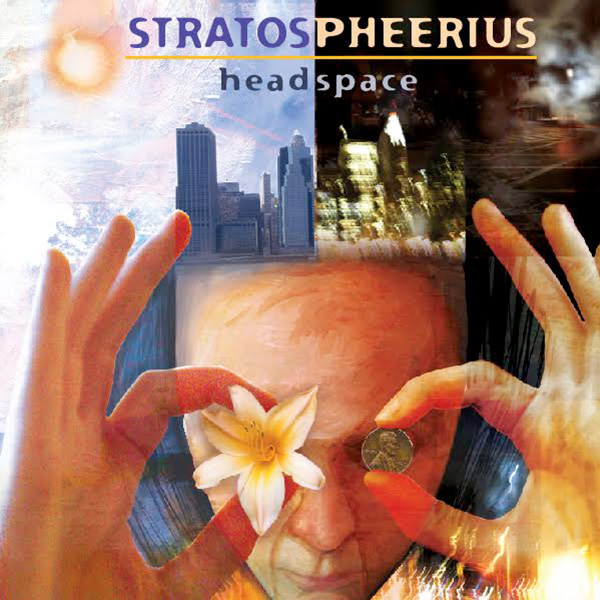 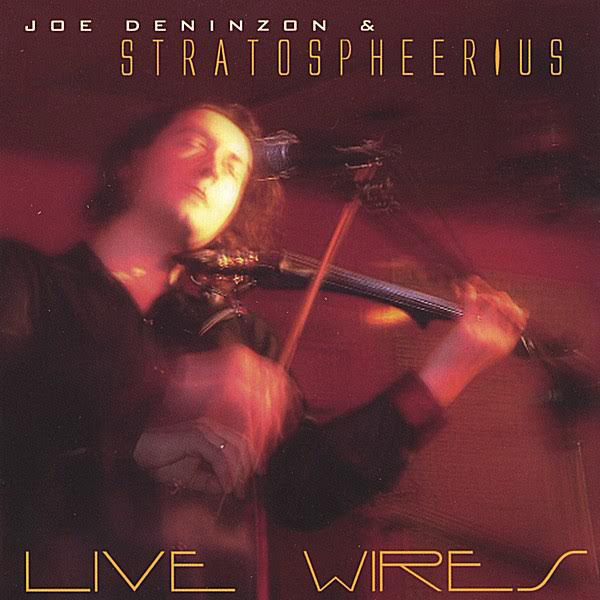 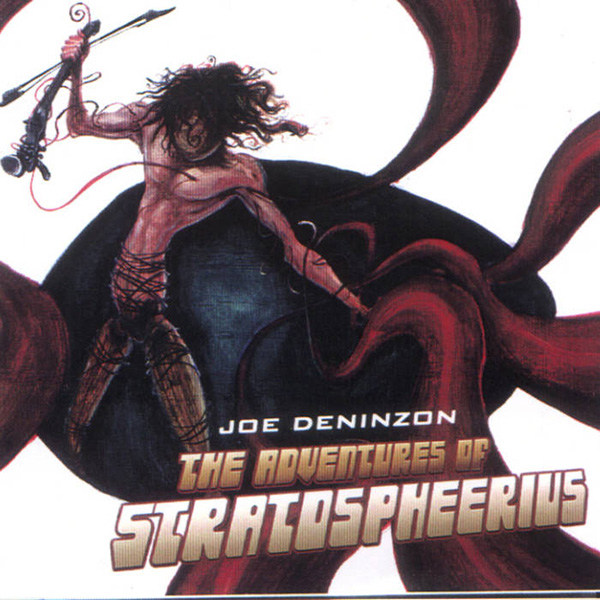 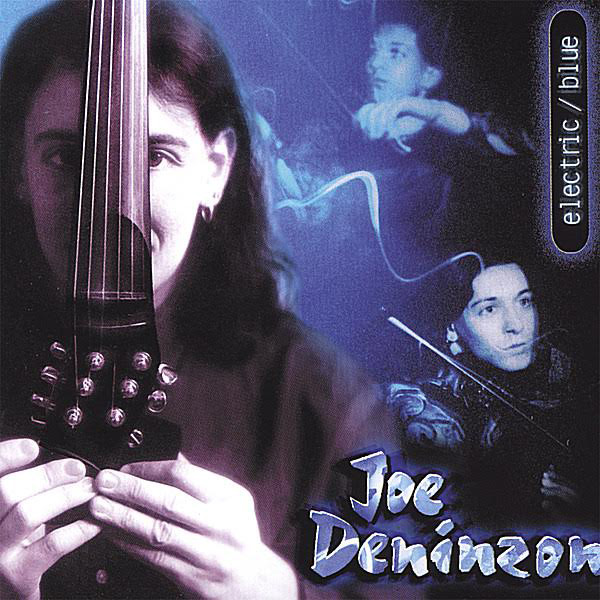 Buy It Now (CD or Vinyl)

“When you put distorted guitars up against a violin you get magic. When you put a violin solo in a metal song, you get Fucking amazing shit! I love it when artists push the boundaries of what is perceived as the norm….. And I love it even more when it’s pure magic… I tip my hat and bow my head in awe ..”
-Act/one Magazine
[Read full review]

“Stratospheerius music is otherworldly!”They can tear out ear hairs and stomp them flat!…sounding both ahead of the curve and accessible at the same time. ”
-#cirdecsongs, proglodytes.com
[Read full review]

“Guilty of Innocence is not only great, but one of the most hectic and heart-stopping albums I’ve listened to.
-Zachary Nathanson
MUSIC FROM THE OTHER SIDE OF THE ROOM

“A leading candidate for the best rock album of 2012…Joe Deninzon’s dazzling violin solos, creative loops and effects are clearly spectacular and demonstrate that is one of the most talented instrumentalists in the current rock scene.”
-Angel Romero, Progressive Earse

“It’s an album with bright, vibrant tones from four players who aren’t competing, but rather congealing. For this release, you’re not likely to think Zappa or Mahavishnu Orchestra, but rather Trevor Rabin, Jon Anderson, or perhaps Robert Fripp. In the end, The Next Worldis an album for fellow musicians to appreciate and prog rock fans to enjoy.”
-Wesley Britton, Blogcritics

“I’m not gonna lie, this violinist is really good, and really fun. If I were superstitious, I’d have to say that the
devil came down and made a deal with Mr. Deninzon for sure.”
-Matt Di Gionardo, Progulator.com

“Exuberance is drenched with such style. With respect for the classics and a daring avant-garde boldness Joe Deninzonʼs endeavor is certainly a success. Both Primus or Palao could respect the talents of The Joe Deninzon Trio which to me is their greatest appeal. I recommend this album to anybody interested in the mastery of music as well as classical, jazz and alternative rock (#) fans. Deninzon is only doing good for music. Breaking down barriers, opening minds, and carving a respectable niche for himself. Joe Deninzon is sure to soon be on every music snobʼs list of notable artists, I can guarantee it.”
-Sean Quigley, celebritycafe.com

“Exuberance serves as a refreshing and unpretentious bridge between jazz, classical, rock, and pop built by three musicians who seem capable of just about anything.”
-Jedd Beaudoin, popmatter.com

“If I popped acid in India while listening to Led Zeppelin, I’m pretty confident that the result would be the same sounds in my ears as the eclectic music of NY’s own Stratospheerius. More than a dream, the music is like a schizophrenic nightmare on laced narcotics.”
-Stephanie Keller

“It would be a feat to describe Stratospheerius’s sound… with the bounce and spirit of Phish, the quirkiness of the Flaming Lips, and the bass lines of the Red Hot Chilli Peppers. They are undeniably funky, and their fiddle is perhaps the funkiest of all. “
-Alexis Smith (Beyond Race)

“An interesting and spirited journey into outrageous creativity, this CD is highly recommended for anyone with an adventurous ear, including fans of fusion, progressive rock, the Police, the Kronos Quartet’s pop experiments and collaborations, and fiery fiddling.” -www.blogcritics.org

“Headspace contains a frenzied mélange of alt-bluegrass, progressive rock, jazz fusion and funkabilly, with shades of the neo-hippie 90s and space rock for good measure. If Bela Fleck and Frank Zappa had a love child in outer space, it might grow up to sound like these guys do.” -www.coolcleveland.com

“Deninzon shows how he has earned the nickname the “Jimi Hendrix of violin” as he tears threw a distortion heavy solo that points more in the direction of Guns N Roses’ Slash than Yo Yo Ma. Head Space is an exciting experience, taking the listener by the hand and whipping them around an Alice In Wonderland like journey of musical exploration.”
-Justin Scro, cashboxmagazine.com

“Headspace is a cranker of an album, with Joe Deninzon showing some vocal chops in addition to his Herculean violin skills.”
-Jon Wilcox, www.progsheet.com

“Despite the unusual shredding (mandolin rules, dude!) and virtuoso aspirations inherent in this music, Headspace resonates with an earthbound freshness that reflects a charming change of direction for a band that’s already established itself as critical darling. The possibilities just became seemingly endless.”
-Michael Popke, www.seaoftranquility.com

“Regarding the proposal by the group musicalicade American, can be described as something incredible. Various styles, refined technique, talent indescribable is what composes the Stratospheerius!”
-www.metalvoc.com.br

“Classic fusion lives and breathes via Russian-born, classically-trained Joe Deninzon and his amazing band Stratospheerius. This little sonic boom captures him unhinged and unencumbered as he leads his fiendishly good mates into strange and bold new worlds that leave now jaw snapped together, no heart beating at anything approaching a normal rate. Sounding more relaxed and confident than ever, Deninzon unleashes the fury on ‘Shock Therapy,’ ‘The Perfect Storm’ and shines in the vocal department on the lovely and amazing ‘An Evening Nap In The Afternoon’. As at home in the world of Grappelli and O’Connor as he is in the world of Steve Vai and Jimi Hendrix, Joe Deninzon may very well be our next national violin treasure.”
-Jedd Beaudoin, f5wichita.com

“Violin master Joe Deninzon and his magic band Stratospheerius return with the album that captures them in the environment they seem to have been born to play in––on the stage with strings smoking and thoughts flying faster than the Concorde on amphetamines. Those already familiar with Deninzon’s work knew that he could smoke, that his compositions were living, fire-breathing monsters but this proves it once and for all, for all those who bother to pause and listen and all those who can’t help but be drawn in by Deninzon’s musical magnetism.”
-www.seaoftranquility.com

“Veteran violinist/singer Joe Deninzon presents us with this gift of hot songs from his rockin’ live shows. Think a bit of Zappa, the Dixie Dregs or Blues Traveler, with the violin being the focal point. Joe’s talents are flat out phenomenal, and the progressive rock tapestry he weaves around himself is carried out to perfection by his amazing back up band.”
-Music Morsels

“Live fusion hot as a habenero! These guys kick major colon! The feel is Jeff Beck meets Takanaka with a hint of Dregs – hot rockin’ jazz fusion that never lets up. Deninzon is wicked on electric violin – his fingers are on fire!”
-serge.org

“Mr. Deninzon possesses monster chops, whereas many of these pieces feature tricky rhythmic maneuvers amid his electrifying violin passages. Deninzon possesses the compulsory goods to become a major force in the progressive rock and jazz-fusion arenas.”
-Glen Astarita, allaboutjazz.com

“The group’s music includes elements of fusion, jam rock, and even down-home hoe-down Southern rock. While that combination sounds pretty odd on paper, it really makes for an exciting album and a great listening experience.”
-Gary Hill, All Music Guide

“Joe’s accomplishments on this album as a songwriter, vocalist and a musician certainly put him up there with the best of his class. The album’s diversity and passion with which both Joe and his fellow band members inject into the album is refreshing. But considering this is only his second attempt at a solo album, I feel that there’s a whole lot more yet to come out of this talented musician yet.”
-Justin Donnely (Australia)

“ With his remarkably creative “The Adventures of Stratospheerius,” violinist Joe Deninzon is making a strong artistic statement. Two statements, actually: he says ‘Yes’ to violins; and he says ‘No’ to musical boundaries. With obvious foundations in both jazz and rock, Deninzon’s sound is the result of an ambitious melting pot, including everything from scratching turntables and ’70s-sounding fusion keyboard to polychromatic guitar lines –laid down by metal/fusion cult hero Alex Skolnick– and some marvelous 6-string electric violin lines from Deninzon. It is consistently fun and energized, often funky, and rarely easy to explain.
-Eric Aaron (The Big Room)

“Violinphreeks don’t get their fixes often enough, so they ought to home in on this stash like white to rice. Deninzon and Skolnick (who’s proved himself many times over on many recordings) are comfy as kitties on plush couches whether they’re rockin’ out, groovin’ on, bringin’ the cows home.”
-Elias Granillo, seaoftranquility.com

“While rooted in a rock foundation, this music employs elements of power jazz and sultry funk to produce an exuberant frenzy that is quite comparable to Joe Satriani (if that Joe’s instrument were a smoking violin instead of a guitar). Deninzon’s violin mastery belts out riffs that delightfully blazes with searing riffs, plunging the music into a fiddle frenzy that bestows the tuneage with unbridled energy.”
-Matt Howarth, soniccuriosity.com

“Although Zappa and Hendrix made Deninzon’s hero list, so did Beethoven, Coltrane, Grappelli, and Stuff Smith. You will hear the influences of all these guys, so you see why his music is a quilt of many colors. He is not suffering from an identity crisis. He simply wants to be different.”
–Cadence Magazine

“There are many different elements that make up the music, and Electric Blue is a good first release for Joe Deninzon. Look for him to be doing many new and possibly revolutionary things with the violin.”
-Randy Allar, Bottom Line Magazine

“This disc has everything but the kitchen sink, and I’m sure if Deninzon could have hooked a pre amp into that household device, we would have heard a solo out of it, too.”
-Peanuts, U.S. Rocker Magazine

“This unpredictable jazz-rock effort demonstrates that while the Russian-born improviser has studied the history of jazz violin extensively, he refuses to be shackled by that history. Though Ponty is a strong influence on Deninzon, it’s obvious that he has also spent a lot of time listening to rock guitarists like Jimi Hendrix, Jeff Beck, and Steve Vai. Deninzon can be lyrical and charming, or he can be a forceful, in-your-face player who brings elements of hard rock guitar (distortion, feedback) to the electric violin. Deninzon takes his share of chances on Electric Blue, and they pay off handsomely.”
-Alex Henderson, mp3.com