Joe Deninzon has been hailed by critics as “The Jimi Hendrix of the Violin,” because of his innovative style on seven-string electric violin. Joe has worked with The Who, 50 Cent, Sheryl Crow, Bruce Springsteen, Phoebe Snow, Everclear, Ritchie Blackmore, Smokey Robinson, Aretha Franklin, Robert Bonfiglio, Les Paul, and as a soloist with the NY City Ballet and Jazz at Lincoln Center.

Joe is the lead singer and electric violinist for the progressive rock band, Stratospheerius, which has released five critically acclaimed CD’s. A BMI Jazz Composer’s grant recipient and winner of the John Lennon Songwriting Contest, he has written over 200 string quartets, solo pieces for violinist Rachel Barton Pine, and sits on the Board of Advisors for Composer’s Now. In 2015, Joe premiered his “Concerto for Seven String Electric Violin and Orchestra” with the Muncie Symphony Orchestra under the baton of Douglas Droste.

His original music has been featured on CMT, MTV, VH1, Comedy Central, National Geographic, the Travel Channel, the History Channel, and the Will Ferrell/ Adam McKay- produced film “Virginity Hit.”

Joe is also a member of the Sweet Plantain String Quartet, which combines Latin Jazz with hip-hop and Classical music, and has toured throughout Europe and the U.S. Joe has also released a CD with his Acoustic Jazz Trio, titled “Exuberance.”

As an educator, Joe is a faculty member at the New Jersey City University Multi-Style strings program. He has taught at Mark O’Connor’s String Camp and Mark Wood’s Rock Orchestra Camp, and made repeated appearances performing at the Grand Canyon Music Festival, where he co-founded the Grand Canyon School of Rock in 2006, an annual program for local high school students. He regularly travels as a clinician and has contributed articles to Strings, Downbeat, and Making Music Magazine. In 2012, Joe wrote a book on electric violin techniques for Mel Bay Publications, entitled Plugging In. Joe has made the Downbeat Critic’s pole for jazz/rock violin, and Chris Haigh’s book, Discovering Rock Violin lists one of Joe’s recorded solos among the “Top 20 greatest rock violin solos of all time.”

Joe holds Bachelor’s degrees in Violin Performance and Jazz Violin from Indiana University and a Master’s in Jazz/Commercial violin from Manhattan School of Music. 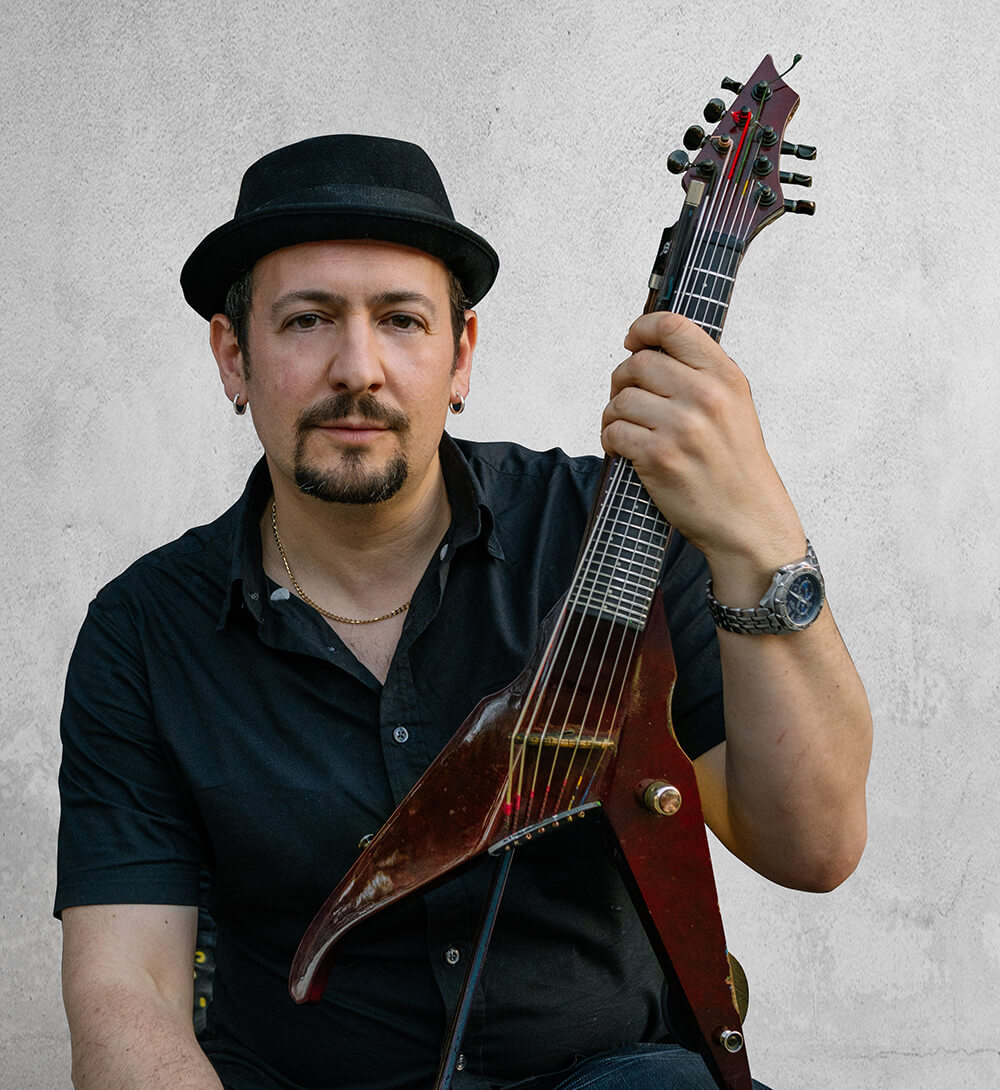 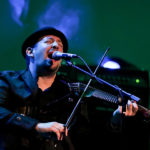 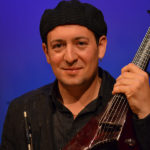 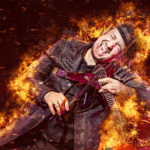 To book Joe for a residency, clinic, masterclass or performance, please email info@joedeninzon.com.

“If the violin has a future in rock and jazz, it is with Joe Deninzon”

“When you put distorted guitars up against a violin you get magic. When you put a violin solo in a metal song, you get Fucking amazing shit! I love it when artists push the boundaries of what is perceived as the norm….. And I love it even more when it’s pure magic… I tip my hat and bow my head in awe ..”
-Act/one Magazine. Read full review HERE

“Stratospheerius music is otherworldly!”They can tear out ear hairs and stomp them flat!…sounding both ahead of the curve and accessible at the same time. ”
-#cirdecsongs (proglodytes.com) Read full review HERE

“Guilty of Innocence is not only great, but one of the most hectic and heart-stopping albums I’ve listened to.”
-Zachary Nathanson MUSIC FROM THE OTHER SIDE OF THE ROOM

“Chunky guitars, a battery of drums, and a seesawing Jacob’s ladder of electric violin battle for supremacy as Deninzon’s piercing tenor equates American exceptionalism with the fraudulent Wizard of Oz.”

“Deninzon has been called the Jimi Hendrix of electric violin, and that comparison seems apt on “Dream Diary Cadenza,” an excerpt of Deninzon’s solo concerto, where his violin swoops, howls, and dive bombs amid quickening arpeggios.”

“Joe Deninzon has pioneered a new standard for rock violin, much the same way Ian Anderson did for the flute.”
-Nick Tate, Progression Magazine

“(Violinist/singer) Joe’s talents are flat out phenomenal, and the progressive rock tapestry he weaves around himself is carried out to perfection by his amazing band.”
-www.musicmorsels.com

“––on the stage with strings smoking and thoughts flying faster than the Concorde on amphetamines. (Joe Deninzon’s) compositions (are) living, fire-breathing monsters.”
-Jedd Beaudoin, www.seaoftranquility.org

“Deninzon shows how he has earned the nickname the “Jimi Hendrix of violin” as he tears threw a distortion heavy solo that points more in the direction of Guns N Roses’ Slash than Yo Yo Ma.”
-Justin Scro www.cashboxmagazine.com

“As at home in the world of Grappeli and O’Connor as he is in the world of Steve Vai and Jimi Hendrix, Joe Deninzon may very well be our next national violin treasure!!”
-Jedd Beaudoin, www.seaoftranquility.org

“Fleshing out the Stratospheerius sound are: Out of This World strings, sultry guitar, rumbling basslines, frantic drumming, and celebratory vocals that enunciate lyrical outlines of life. The songs are gripping and energetic… Insistent melodies made compelling by the violin passion.”
-Matt Howarth (Soniccuriosity.com)

“…a frenzied mélange of alt-bluegrass, progressive rock, jazz fusion and funkabilly, with shades of neo-hippie 90’s and space rock for good measure. If Bela Fleck and Frank Zappa had a love child in outer space, it might grow up to sound like these guys do.”
–coolcleveland.com 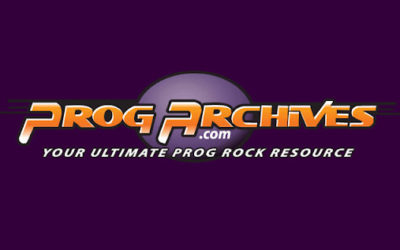 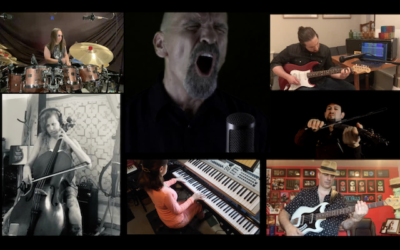 Hanging with the Storm Surgers

Join us as we discuss the creation of our new song/video “Storm Surge” and the future of music and life as we know it! 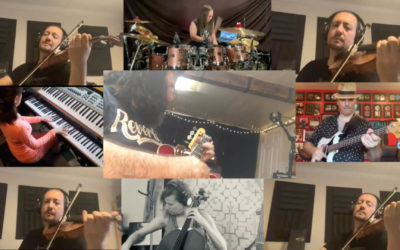 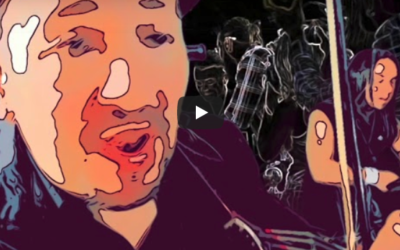 Read the new review of Stratospheerius video, "Impostor!" at www.sonicperspectives.com

Last month, I had the honor of being interviewed by the conductor Tigran Arakelyan. We compared our personal histories as childhood immigrants and talked about the present and future of music in these turbulent times. Check it out! iTunes YouTube Stitcher