THE LATEST FROM VIOLINIST/VOCALIST JOE DENINZON

WWW.JOEDENINZON.COM
https://twitter.com/@joedeninzon
Dear Friends,
HAPPY HOLIDAYS!
Welcome to DECEMBER! As of this writing, I have officially just turned 40. Holy shit!!! How did this happen?! I guess it hasn’t fully hit me the enormity of my entry point into old farthood. That being said, if my 40’s are even half as fun as my 30’s were, I’ll be happy and grateful. As they say, you’re as old as you feel… so I must be 17! 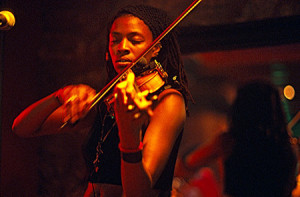 When I first moved to New York, one of my first gigs was teaching string improvisation at the New School Continuing Studies Department. This was back around the year 2000. Violinist, Mazz Swift (@MazzMuse) was in my first class. We hung out and became fast friends. Since then, Mazz and I have played hundreds of gigs together, in Metro Strings and other groups, and have collaborated on a few projects. I have seen her become a world-class player, singer/songwriter, and ass-kicker! She also co-wrote the song “Missing Link” on the last Stratospheerius CD. Her new project, “MazzMuse”, was produced by Vernon Reid, legendary guitarist from Living Colour. This is a culmination of 3 years of work, funded by a successful $17,000 Kickstarter campaign. I am honored to have Mazz as a friend and colleague and Stratospheerius is honored to open for her at her CD Release Party on December 19th. Here’s the info. Join us!

As my gift to you for the holidays, ALL Joe Deninzon/Stratospheerius music will be on sale for a mere $5 on CDBABY. Joe Deninzon/Joe Deninzon Trio, and Stratospheerius CD’s make great stocking stuffers…and if you download all of em, there’s no stuffing involved!
HAPPY HOLIDAYS!
HERE ARE THE  THE LINKS:
Joe Deninzon Electric/Blue (1998) 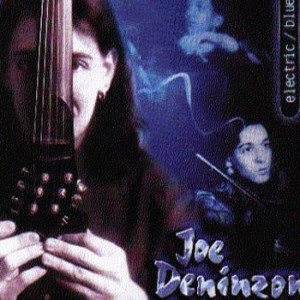 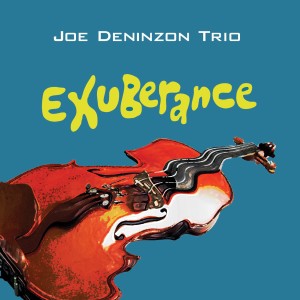 Stratospheerius The Next World (2012)

NEW STRATOSPHEERIUS SINGLE, “BEHIND THE CURTAIN” 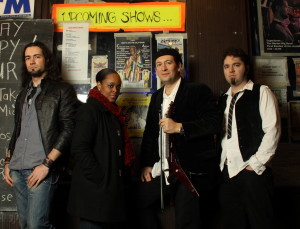 After months of teasing all of you, I am happy to announce that the new Stratospheerius single, “Behind the Curtain,” is officially available for streaming and downloading. You can stream it at Reverbnation and download it for a buck on CDBABY and BANDCAMP, and of course, iTunes, Spotify, and anywhere that mp3’s are in orbit. The track was written by me, and features myself on electric “Viper” violin and vocals, Lucianna Padmore (@Lpadmore5) on drums, Aurelien Budynek (@abguitar) on guitar, and JamieBishop on bass, as well as our secret 5th member benny Koonyevsky on percussion. Engineered and mastered by the incomparable Rave Tesar, mixed by the incredulous Alex Salzman. produced by Stratospheerius.
Stream at REVERBNATION
Download at BANDCAMP
Download at CDBABY

GIVE THE STRING PLAYER IN YOUR LIFE A PARADIGM SHIFT! 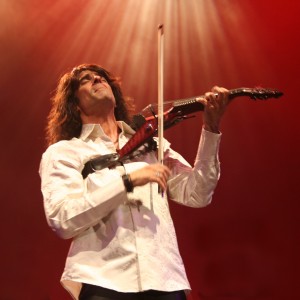 Next summer, I will be once again returning to teach at the incredible Mark Wood Rock Orchestra Camp.
This is the ONLY CAMP IN THE WORLD centered around electric strings, but is also open to vocalists, guitarists, drummers, keyboardists, and bassists. I am honored and humbled to be among world-renowned faculty including Rachel Barton Pine, Tracy Silverman, Daniel Bernard Romaine, Doctor David Wallace, and the trailblazing Mark Wood!
This year, the camp will also feature the rock cellists, Emil and Dariel from America’s Got Talent!