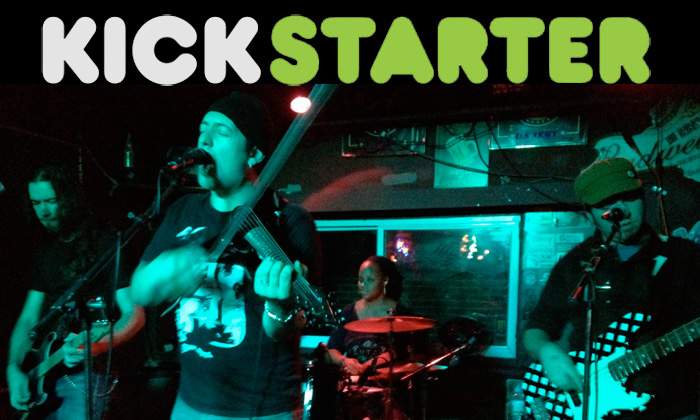 Help Us Make a Killer Video, and Receive Tons of Great Prizes!

Donate to Stratospheerius’ kickstarter TODAY at the link below: 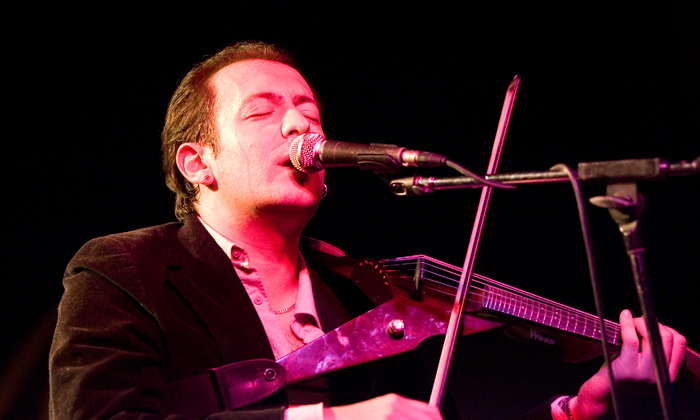 WELCOME TO THE DENINZOO!!
January-February 2013 Newsletter Happy New Year! We hope you’ve had a wonderful holiday season and that 2013 is a year full of hope and good tidings. It’s been a crazy year in the world, with the devastation of Hurricane Sandy, the cutthroat presidential election, turmoil in Syria and Israel, and horrific gun violence all over this country. Let’s hope 2013 brings only good news. And no matter what happens, let’s be grateful that music exists to heal us and take us to a happier place.

That being said, here is what’s going on…

We are proud to announce that our latest CD, The Next World, was nominated for Best Progressive Rock Album of 2012 on progressiverockcentral.com

Thanks to all who voted!

Joe Deninzon’s latest interview and in the February 2013 issue of STRINGS Magazine.

“PLUGGING IN” by Joe Deninzon

If you are a string player interested in going electric and exploring the world of improvisation for the first time, buy this book today!

Read the review from STRINGS magazine!

WE DID IT!!!
KICKSTARTER GOAL IS REACHED!! In mid September, Stratospheerius set out to raise $5000 to film our first professional video. Thanks to all of you, our dear friends, family, and fans, our dream will become a reality! We met our Nov 17th deadline and reached our goal and will begin filming in February. Thank you from the bottom of our hearts. We feel truly blessed to be surrounded by so much love and support. As promised, all prizes and rewards for those who donated will be delivered in the first few months of 2013. Please be patient, as we have a lot on our plate. We will keep you all updated on the video’s progress. Stratospheerius is proud proud to finally have the opportunity to take the fashion industry by storm!

Our super soft and comfortable shirt feature artwork from our latest CD, “The Next World.” Comes in 2 varieties: With and without ringers. Available in M, L, XL, XXL. Order your shirt today and be the envy of all your friends!   Any order Includes immediate download of our song “The Prism” in your choice of MP3 320, FLAC, or just about any other format you could possibly desire! Sweet Plantain is proud to announce that we have signed with renowned manager, Joanne Rile! Stay tuned for upcoming tour dates in 2013!!

In the meantime, we will be showcasing alongside other Joanne Rile artists (The Ahn Trio, Leon Bates) as part of the APAP conference in New York City.

Here is information for the showcases:

Sweet Plantain is proud to announce that we have signed with renowned manager, Joanne Rile! Stay tuned for upcoming tour dates in 2013!! Joe Deninzon will be conducting a two-day residency with the Oklahoma State High School Honors Orchestra, and will be featured as a soloist with the orchestra performing Joe’s arrangements of music by Jimi Hendrix as well as original songs from Stratospheerius.

Recent bootleg footage from our show at Old Miami in Detroit on 12-14-12. My jazz trio’s version of Radiohead’s classic, “The Tourist,” from our 2010 “Exuberance” CD has been featured on a compilation album of Radiohead covers, released on ESC records. We are honored to be included alongside some incredible artists. To order or download the CD, please visit the links below:

I had the privilege of laying down some electric violin tracks on the new release, “Chalk Lines,” by guitarist/vocalist Randy McStine and his band, LoFi Resistance. Randy is an incredibly talented musician who has been subbing with Stratospheerius and will be joining us on our Midwest tour Dec 13-15. The new album also features the bass playing of Dug Pinnick from one of my all-time favorite bands, Kings X. Reviews of Stratospheerius’ “The Next World”

Our latest CD, “The Next World,” reached number 10 on the national Jamband charts and has been continuously receiving nationwide airplay and rave reviews. Here is the latest from the prog rock website www.seaoftranquility.org

Here is what other critics have been saying about the “The Next World”:

“(Stratospheerius) once again shows the world that Russians and Americans can make beautiful and exciting music together …A thrilling array of songs that run the gamut from complex prog tunes to simple ballads. “The Next World” is an electrifying album, guaranteed to take you into the stratosphere and beyond…”
-Wildman Steve
www.thecornernews.com
Read more…

“You just can’t go wrong with this outfit. Nor can you assume what you are going to hear when they release a new disc. While the fusion elements of previous releases are still present, this one has more pure rock in it, too. Frankly, this might be the best Stratospheerius disc yet!”
-G.W Hill
Read more…

“Every member plays with passion and invention. Budynek is tight and bright in rhythm mode and soars when the song calls for it. Bishop is a flat out low-end monster and perfectly matched with the fiery Padmore. She is that drummer every musician wants in their ensemble: a player that can blow your mind one moment, then tenderly hold your hand the next. As for Deninzon – the sounds he gets out of that violin are inhuman. His speed, precision, color, and character are just off the charts!”
-Jon Wilcox
Read more…

“A leading contender for the best rock album of 2012… Joe Deninzon’s dazzling violin solos, creative loops and effects are clearly spectacular and demonstrate that he is one of the most talented instrumentalists in the current rock scene.”
-Angel Romero
Read more…

Visit The Next World homepage on the Digital Nations website

Buy it on CDbaby.

Buy it on Amazon.com.

Purchase “The Next World…” and other releases on the new Stratospheerius and Joe Deninzon pages on bandcamp.com