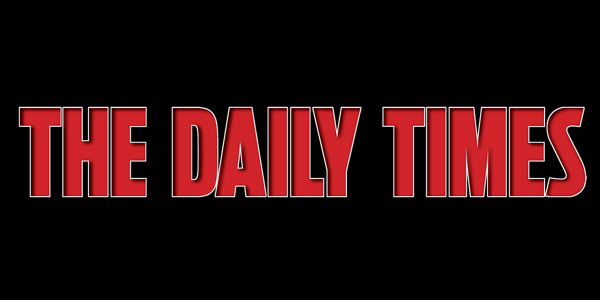 Stratospheerius reaches for the clouds with atmospheric mix ofblues, funk, rock and more

It’s difficult to say what sort of music, if any, Joe Deninzon would be playing had the Russian native’s family stayed in St. Petersburg, but one thing’s almost a certainty — it wouldn’t be the funk-blues-rock-classical concoction he does today as founder of the band Stratospheerius.

Deninzon’s family emigrated to the United States in 1979, he told The Daily Times during a recent phone interview, to escape discrimination toward Jews. He was 4 when they came to America.

“My dad wanted to leave there, wanted a better life for his kids,” Deninzon said. “We moved to Cleveland, and almost immediately my dad – who also plays violin – got a job with the Cleveland Orchestra.”

It was a given that Deninzon would wind up with a violin in his hand, given that both of his parents were classical musicians. When he was 6, his father gave him one and he began to learn to play … but American culture began to work its magic on the youngster, and listening to the radio, he fell in love with rock ‘n’ roll and, later, jazz.

“All of the sudden, violin wasn’t cool anymore,” Deninzon said. “I took up guitar and bass while still studying violin in my ‘other’ life. I took a big journey and came back to the violin.”

Two things occurred that helped change his mind. One was musician Michael Stanley, a name unfamiliar to most outside of Cleveland but something of a hometown hero to music fans there. He would consistently sell out arenas in his hometown, and his twin daughters attended school with Deninzon.

“He heard me play at one of our high school concerts, and at 16 he invited me to play with his band,” Deninzon said. “I knew the notes and the music, because I could do it on the guitar, so I just translated it to the violin. And I got a great response and some media attention from that concert.”

The second was a recording given to him by his father by the legendary Gypsy-jazz violinist Stephane Grappelli. That led to his discovery of other eclectic and groundbreaking artists, and suddenly the violin didn’t seem like such a stodgy instrument.

“Hearing some of those guys really opened my mind that you could do a lot of cool stuff on the instrument,” he said. “That was in the early 1990s, while I was still in high school, and I thought I could pave my own way with it. There were a lot of great guitar players, and I was a decent guitar player, but I wanted to stand out and do something unique.

“There was a certain sound I heard in my head that nobody else was producing, and I wanted to make it happen. It just took a few years to figure out what I wanted to play.”

He started with the rock ‘n’ roll influences with which he first fell in love on American radio — bands like Led Zeppelin, with its roots in the blues, and Yes, one of the progenitors of progressive rock. Over time, he added in the greasy funk-blues of Frank Zappa, the jazz of Miles Davis and even classical flourishes by such composers as Stravinsky and Mahler — all filtered through his violin.

“I sort of take elements from genres that I like and put them into my music while avoiding elements I don’t,” he said. “There are certain elements of the jam band scene that I love, but a lot of times there’s just aimless noodling going on. I’m a big fan of progressive rock, and I like a lot of elements of that music, but there are some elements that I don’t like.”

Eventually, he began putting together a band that would become Stratospheerius, seeking out like-minded players who thrived on a multitude of influences and genres. Combining jam, fusion, rock, progressive, jazz, metal and more, the band sounds like a condensed version of Trans-Siberian Orchestra, with vocals added. The New York-based outfit has opened for Tim Reynolds, Mickey Hart, The Slip and John Scofield, among others, and was a winner in the John Lennon Songwriting Competition.

The band’s most recent album, “Headspace,” takes all of those elements and adds even more – Middle Eastern soundscapes, singer-songwriter virtuosity and a balance between the music and the vocals that’s drawn praise from critics. Next week (on Thursday, June 16), Stratospheerius will make its East Tennessee debut in downtown Maryville, a “warm-up” for the band’s showcase the following night at Chattanooga’s annual Riverbend Festival, where the group has always enjoyed a warm reception, Deninzon said.

“Performing is one of my favorite things to do in life,” he said. “I love to be in front of the audience, and I love being spontaneous. You’ll never hear a song we do performed the same way twice. From a performance standpoint, I’m really inspired by Bruce Springsteen. I love the way he pours his whole physical being into his performances.

“We’ll record a song one way, and it’ll take on a life of its own as we perform and tour with it. And it seems to go over really well with all kinds of audiences. It’s funny, because I’m not into labels – all of the sudden that puts you in a cage, and people think of you as only one thing. If any sort of audience appreciates our music, then I’m down with it and fine with it.”